My first book from L.D. Rose and Im quite interested in this one. I have never read any of her books and I am a sucker for paranormal books and its a romance book? I’m sold.

Disclaimer: “I received this book from Goddess Fish Promotions and L.D.Rose for review. Compensation for a honest review!”

The emotions that happened within the first chapter alone was wow.. Just wow. Like why did i sign up for this emotional roller coaster where the author is just sitting over there laughing at my misery. She must feed of this?

We are introduced to Bash, Main character, quite quickly where we learn about him as a former Navy SEAL who died in the course of duty and is now working on the side of angels in a war against demons. Furthermore, Navy SEAL romances are considered a trope, a figurative or metaphorical use of a word or expression.  However, this is the first one I’ve ever read. I learned that it automatically assumes that the hero is honorable and there will be some violence however I am not big on the navy seal thing but maybe that’s because my significant other is Army. 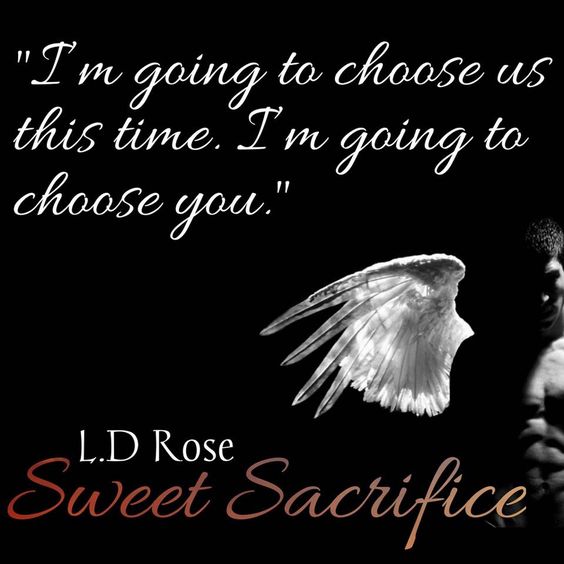 Now we go towards the angels. A lot of people love stories about angels and this howl concept just irked me. I learned that I am not a huge fan of angels in romance stories.. So there is that. Why I’m happy with demons and vampires, but not angels is a mystery for another day. I will point out that this book wasn’t religious in any way, or to my mind, blasphemous, so…. there’s that. Which is good because I do not read anything with religious undertones. I tend to just sit them back down where I found them and pretend I never attempted to read it. Some had passed through to the end but most have not. So i was glad to see this wasn’t religious in any way!

Shadows shifted in the brush, and Bash catalogued
every one. I don’t care what his name is. It won’t matter in
ten minutes anyway.

The most compelling part was the authors writing style which is why I devoured this book all in one. A mix of paranormal and mundane reality to highlight the magical pieces and romance. It’s a solid love between two normal people, cut short by tragedy. There are surprisingly a lot of love stories that happen like this which is cut short because something happened. What’s especially refreshing is that the couple is already married, so there’s none of the ‘getting to know each other’ stage which I know some people find tedious. This was quite nice because I did not have to go through the “why didn’t” and “well why not” stuff that happen when two are trying to understand each other. 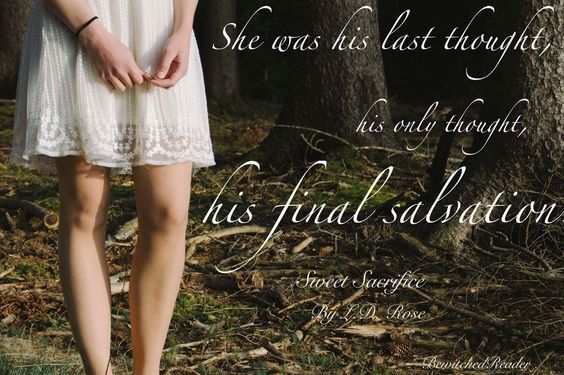 The stark reality of grief that Irene lost her husband to war two years ago and she can still barely function, knowing that there are millions of women out there like her that will never see their loved ones again breaks my heart. I know so many women and men we feel this way about the love ones they lost at war or whom went MIA. Its so sad but it’s also the reason I can’t watch war films or documentaries and don’t think I’ll be able to read another soldier romance again!

This was actually a great book from the author and I would highly recommend it for fans of romance, especially paranormal romance, who enjoy a good tearjerker! Like I said I did not care for the angel parts or the navy seal thing but overall the plot and story line was so en-captivating. Sweet Sacrifice receives 4 out of 5 stars for the wonderful writing, intense story line and great descriptions. Thanks L.D.Rose!