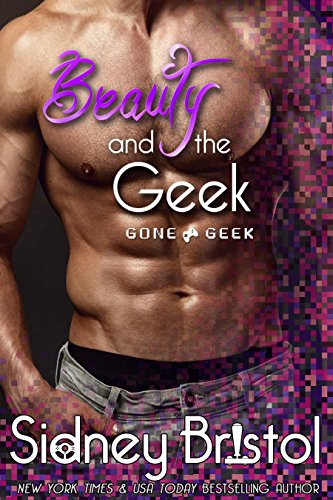 Professor Steven Kipper is used to the stares, the muttered insults. Monster. Disgusting. Gross. It’s all he’s ever known. Relationships suck when his date won’t even go out in public with him, which is why he hasn’t bothered. That is until her. The woman on the internet who gets his every quirk. He’s hooked on a person he’s never met. The way she gets his jokes, the uninhibited sexuality and…just talking to her. She’s everything he’s ever wanted, only she’s a stranger. Unless he can convince her they should unplug and take their virtual relationship off-line.

Tamara Roh has heard all the insults from slut to whore and they bore her. She refuses to let other people define her. Life’s tough in the gaming industry, and if she can’t handle a few insults the haters will chew her up and spit her out. Her only haven is with her friends and in one very explicit chat room. On-line she can be anyone she wants to, even the normal girl-next-door who just happens to get off on dirty talk, erotic gifs and video chats from the neck down. She might not be able to trust guys in real life to see past the Hot Asian Girlfriend stereotype, but with her internet beau anonymity is her safety net. The only problem is…she’s falling for a man who thinks she’s someone else.

Get it on Amazon:

Note: Since i have SO busy at work I haven’t been able to pick up a book to write a teaser on. Sad day.. So instead I am giving you a review of a book i finished last month that I have been trying to work into my publishing schedule!

My first book from Sidney and i am very excited to read this one. I read reviews and the synopsis before purchasing this book. I am hoping I will love this but we shall see!

“Of those one hundred people, chances are there’s really only ten who aren’t so wrapped up in what’s going on with them to even notice you. And of those ten? Five want to be you. They like what you’re wearing, they find you attractive, something. And then the other five? You’ll never make them happy. They’ll hate you, think terrible things about you, whatever. Why live your life for those five miserable people? Are they more important than your happiness? No, they aren’t. So tonight—those five people who want to stare at you or me—why do they matter more than the person sitting across the table? And if they do, why are you here with the wrong person?”

First off, the first chapter was hard for me to put down. It threw you in and held you down making you watch. Making you be apart of the show while also watching from the sidelines while the main ones do their parts. Stephen and “Pam” was entertaining which made me think of the encounters with my significant other surprisingly not fantasizing anything that could or would happen between us. I very much enjoy how this book is starting out.

She was…again, his vocabulary seemed to lack words to describe her. She was perfect. A Ten on all points.

How she progresses through the book and having the twists along with the turns. I am amazed by how she writes so well. The twists with “Pam” was so amazing and interesting to read. How it progressed into a craziness that made her meet Stephen was not the best ideally but very realistic along with well thought out. How Stephen met “Pam” in person and finding out she was really Tamara was amazing. When the Author was writing from her perspective I was excited to find out which one she was then gasping at what Stephen was thinking. The twists in this book was amazing!

“I have boundaries. I have self-respect. And it is never—never—your place to tell me otherwise. How’s that for boundaries, Stephen?” “Yeah, well, maybe you need to man up and tell—” “Man up? Really? Please, mansplain to me a little bit more about what I need to do with my body and my boundaries? Please? No? I didn’t think so.”

Oh my god! The twist and the last chapters.. I couldn’t put the book down and the twists and turns. My heart was like OH! Please don’t but do or whatever.. I connected with Tamara so well! The token Gamer girl, beautiful and got stares for having body parts well endowed. Things I learned to hide in plain sight unless I’m flaunting it with cosplay or sexy date night attire. Something that every female encounters, especially the ones that frequent the cons and cosplay or dress up in a certain way. Its not to get groped but to be admired for our craft of making costumes or looking adorable or accurate for the part we are playing. I felt the author did a wonderful job portraying this and Stephens own personality showing through.

I wonder if these two are based loosely on anyone the author knows.

The way they make up and fought is exactly how people who want to make things work do it. The fight was a heart break and I almost put it down for longer than I wanted but I swooped it back up and finished it out.. Glued to the pages like a fat kid to cake.

The twist, the turns, the surprises from the start and moments I just want to throw the book across the room. It has it all! Moments I just love and area’s I just can’t stand to read. I almost didn’t pick this book back up but did because I can’t leave a book when i’m two chapters from the end. Like come on.. So because of this it is a 4 out of 5 stars. 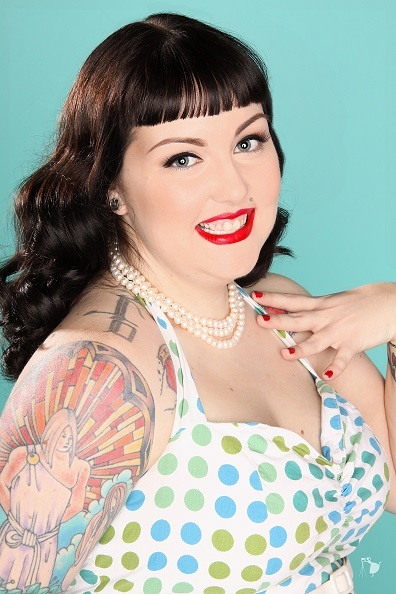 It can never be said that NYT & USA Today Bestselling author Sidney Bristol has had a ‘normal’ life. She is a recovering roller derby queen, former missionary, and tattoo addict. She grew up in a motor-home on the US highways (with an occasional jaunt into Canada and Mexico), traveling the rodeo circuit with her parents. Sidney has lived abroad in both Russia and Thailand, working with children and teenagers. She now lives in Texas where she splits her time between a job she loves, writing, reading and fostering cats.

Sidney is represented by Nicole Resciniti of the Seymour Agency.