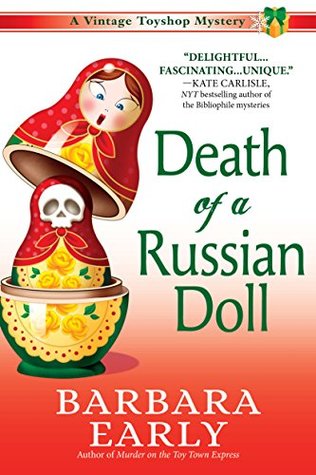 Who knew? Liz McCall is not thrilled when her boyfriend Police Chief Ken Young introduces her to his estranged wife Marya. The model-quality Russian immigrant, back in East Aurora to rekindle their romance, will be working as a hairstylist at the barber shop next door to Well Played, the toy shop Liz manages for her dad. When Marya offers to help with the shop’s doll rehab project, Liz can’t help but offer up only a weak smile, but her secret hesitations are for naught when Marya’s body is discovered in the barber shop with a hair dryer cord wrapped around her neck.

Liz’s dad, retired from the police force, is asked to investigate since Ken is the prime suspect.The whole town is abuzz with the scandal and Liz has a few questions of her own, wanting nothing more than to forget the loud argument she overheard between Marya and Ken the night before. There could have been other motives… Was Marya going to cut into a competing hairstylist business? Who is the bumbling private investigator hanging around and why won’t he explain himself?

All eyes are on Liz, including those of an odd matryoshka doll in the shop which seems to move of its own accord, to unravel this entertaining riddle, wrapped in a mystery, inside an enigma that is Death of a Russian Doll, the third jolly Vintage Toy Shop mystery from Barbara Early.

Buy it from Amazon

I stared down at the drink in my hand. “If you’ll excuse me for a moment, I’d like to check out the buffet.”

As soon as I was out of their sight, I deserted the drink on a side table and headed toward the food. Now I was in more familiar territory, and they’d laid out quite a spread. I picked up a plate and started loading it with fruit, cheese, and a couple of meatballs. Okay, six meatballs. But there were three kinds, so just a couple of each. And I was only halfway through the line.

I licked a bit of sauce from my thumb and turned to the gentleman behind me in line. “Open bar and this kind of buffet? How are they going to raise any kind of money with people just bringing one bag of feed?”

He chuckled at my remark and pointed at the door prize table. “Did you put your name in for a prize?”

“If you do, they hit you up for another donation. And of course, the speeches are designed to pull at the heartstrings and open the wallets, too.”

“speeches?” I yawned just at the prospect. “I don’t know if I can stay awake for any long-winded speeches.”

Then I turned and truly took in my new companion for the first time.

Disclaimer: Free ARC from NetGalley and Crooked Lane Publishing in exchange for an honest review. This Book is available October 9th for purchase.

This is my first book from Mrs Early and it was delightful especially being a mystery and so cozy. One where you can easily put it down then pick up later when you have a busy life. I took my time reading this one and soaking up all the juice details!

I felt like a flyweight watching the heavyweight match from the stands. She squinted. “How are things going, Anyway?”
Marya eyes her coolly. “Very well.”
Lori shrugged. “I only ask because Ken always looks so tired and worn down. He hasn’t seemed himself lately.”
“Maybe he is not getting as much sleep as he is used to.” Now it was their turn to share a moment. Cue the jaws soundtrack. These were dangerous waters.

The story is enriched with witty, humorous situations and very engaging characters. From the plot to the wiggle room for romance and break up had me searing for more. I did not want to put it down, even when I should of. I feel this book works very well as a stand alone but I am interested in knowing more about Liz, Her father Hank and the now toy shop owner. I know this is two books later in the series and I should pick up the other two to find out how we got here! I’m a sucker for a good murder mystery which is why I love going to Murder mystery dinner shows that happen from time to time in my little area.

I want to know about Liz’s previous boyfriends and her prior success in mystery solving which lead to this book. I felt the holidays before the Holidays which was weird due to I am not one that is fond of the holiday feelings before November 27th. I know I will be buying this book, and possible series, for my mother for Christmas. A classic “whodunit” brings the family to solve our little mystery crime. You would not feel out of the place if you picked up this book out of series as I did.

Tons of toy memories form to recall from my childhood and many others sending into a fit of nostalgia along with the witty banter between Liz and her retired police chief dad as the clues start to piece together. How they feed off each other as things get more groan-inducing reminds me of playing clue with friends and family of which one of you did it!! Was it Miss Plum in the kitchen with the candlestick? Oh the memories.

“The evil eye, a curse,” Diana explained, then vehemently wagged a warning finger at me. “She’s not worth it.”

Then we meet Police Chief Ken Young and his unknown estranged wife whom wants to get back with him yet Liz is doing everything she can to avoid both of them but its tricky with the estranged wife working next door. Now Ken is the prime suspect in Marya’s murder.. Oh no and Liz overhead the argument hours before!! Hank drafted back and Ken on suspension leading the results of the crime. Liz got a lot of her plate now with her dad back working, Ken whom she was romantically inclined is now suspended and could be murderer then budding romance with the FBI investigative accountant. How could it get more complicated?? Of course it does… But you will have to read the book to find out!

Things get complicated for Liz as things progress in the book. The twist, witty banter and interesting happenings through the book. One I could easily put down then pick it back up but I somehow could not even when I should. Where I was left with warm and fuzzies after finishing this book.. But will Liz prove the prime suspect innocent? Will things work out, will you figure out whodunit or will things get more complicated? How about you read this book I give 5 out of 5 stars to find out for yourself. 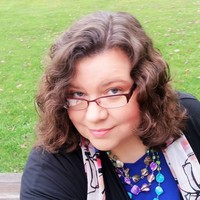 Barbara Early earned an engineering degree, but after four years of doing nothing but math, developed a sudden allergy to the subject and decided to choose another occupation. Before she settled on murdering fictional people, she was a secretary, a school teacher, a pastor’s wife, and an amateur puppeteer. After several years living elsewhere, she and her husband moved back to her native Western New York State, where she enjoys cooking, crafts, classic movies and campy seventies television, board games, and posting pictures of her four cats on Facebook. She writes the Vintage Toyshop series and the Bridal Bouquet Shop Mysteries (as Beverly Allen).