There is this silly day that places give you discounts when dressing up and talking like a pirate.. No one knows exactly how this started but it sure is fun! 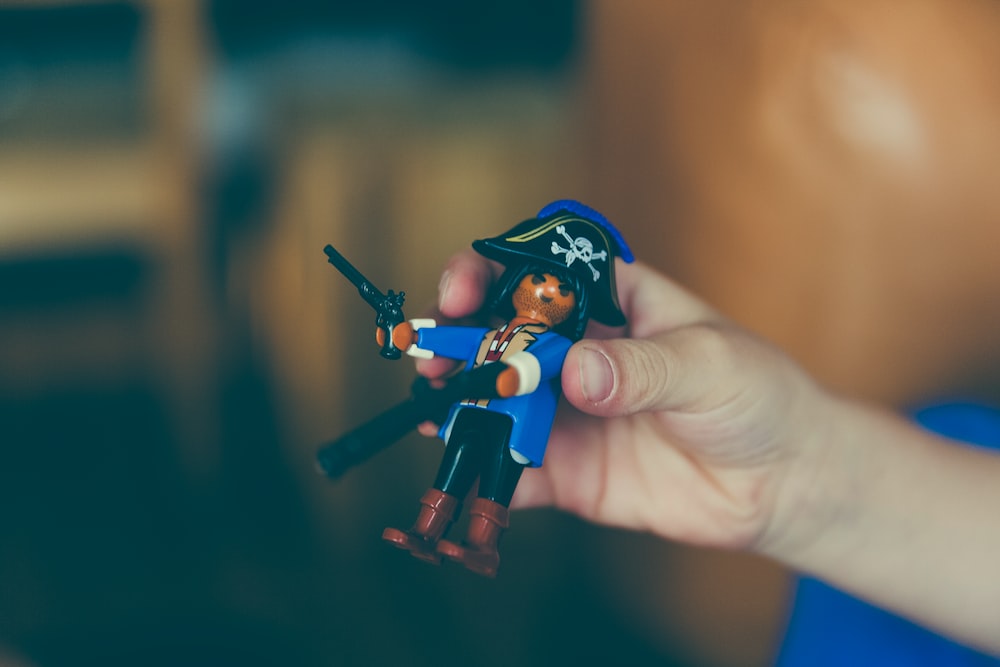 So this day is a parodic holiday created in 1995 by John Baur (Ol’ Chumbucket) and Mark Summers (Cap’n Slappy), of Albany, Oregon, U.S., who proclaimed September 19 each year as the day when everyone in the world should talk like a pirate. An observer of this holiday would greet friends not with “Hello, everyone!” but with “Ahoy, maties!” or “Ahoy, me hearties!”. The holiday, and its observance, springs from a romanticized view of the Golden Age of Piracy.

Here’s some basic words and phrases no self-respecting land lubbing pirate can live without. Master them, and you can face Talk Like a Pirate Day with a smile on your face and a parrot on your shoulder, if that’s your thing.

Shiver me timbers! There’s actually a day called Talk Like a Pirate Day. Arrrr! Indeed, you can read more about it here. Celebrate with the kids on Saturday, September 19 with these quick crafts made from supplies likely to be found around the house. Make a hat, spy scope and an eye patch. We enjoyed making these and I really can’t stop talking like a pirate. Arrrr! This pirate gear would also work well for a quick Halloween costume and the hats could be a simple craft for a pirate-themed birthday party if you just paint the bags beforehand. And the hats will fit adults too! Listen up mateys, here’s how to make the booty.

How To Make The Pirate Hat 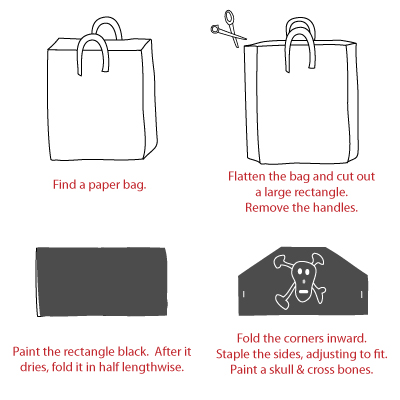 How To Make The Eye Patch

Supplies
-thin cardboard (cereal or cracker box)
-scissors
-black electrical tape
-elastic or string
Simply cut an eye patch shape from the cardboard and wrap it with the electrical tape, being careful not to stretch as you wrap or it will curve your eye patch. Poke a hole in either end and thread elastic or string through the holes, adjust to fit, and tie off the ends.

How To Make The Spy Scope

Supplies:
-2 or 3 cardboard tubes of various sizes (found on paper towels, toilet paper, aluminum foil, etc.)
-electrical tape in black and red
-glue
Wrap the electrical tape around the longer tube in a striped design. Stop at the point where you’ll add your smaller end piece and leave that part cardboard (so the glue will adhere). Then wrap your smaller piece with the black electrical tape. Attach the smaller piece to the end with the glue and allow it to dry. Go spy some scallywags! 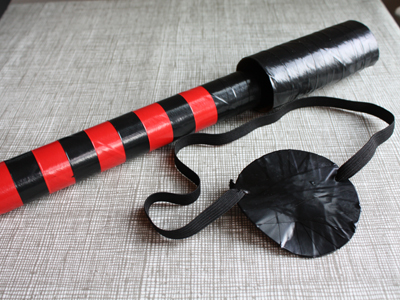 Here are tons of awesome activities to inspire your own pirate-themed day with little ones. I have also included a few birthday party ideas that feature activities and fun food ideas that can be done separately for playdates and other get togethers. 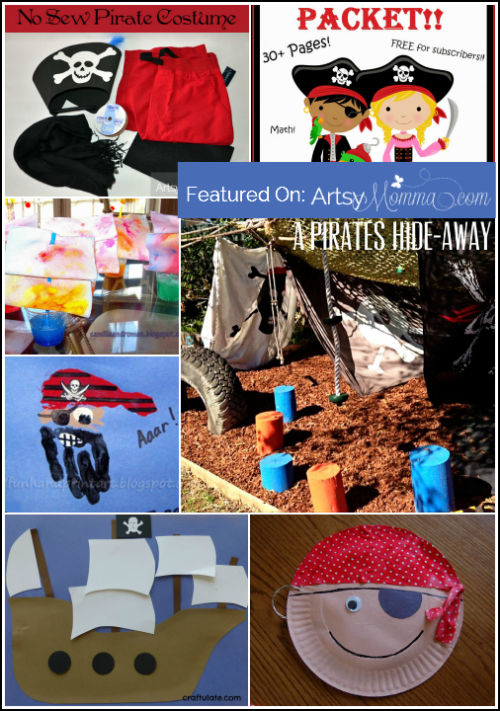 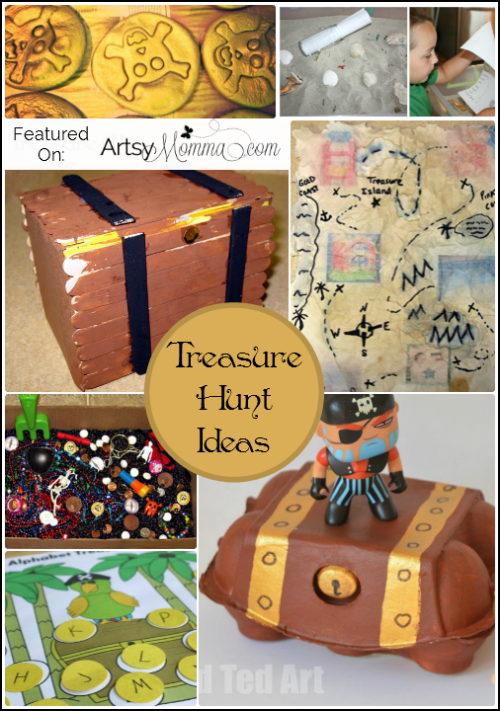 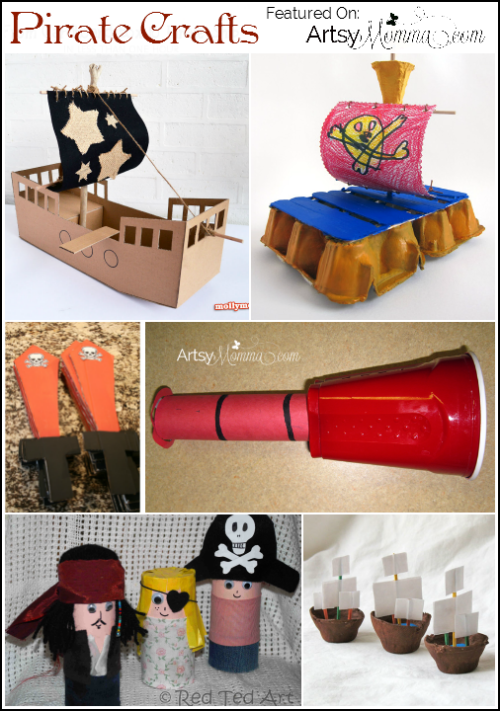 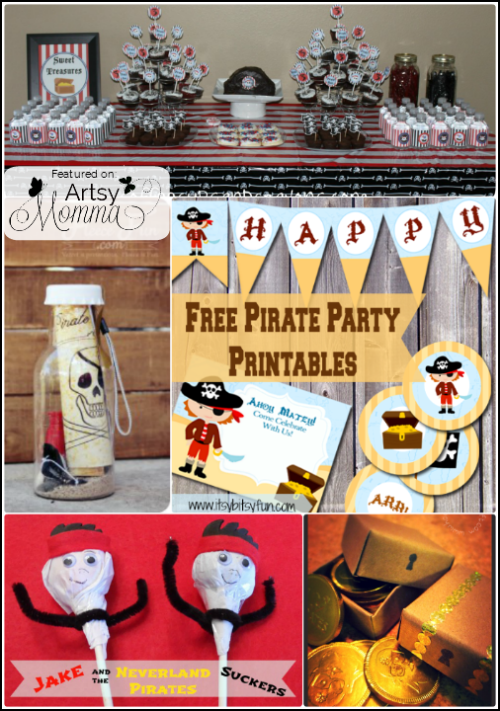