First off thank you Mr. Roberts for the honor to read and review your lovely book! I very much enjoyed it and hope my readers along with yourself enjoy my review: link is at the bottom of the post!

West of the bustling metropolis of Phoenix, along Interstate Highway 10, is the magnificent and mystical desolation of the mountains of Southwestern Arizona. It is as alien as the planet Mars, and just as foreboding. Yet hidden away between the peaks & valleys and desert vistas, is a most incongruous edifice – part diner, part carnival atmosphere, with equal measure of whimsy, and just a smidge of nightmare. And it lay smack dab between the Eastern boundaries of imagination, and the Western shores of spooky. You can’t get to it by car or plane; and you won’t reach it by helicopter or even horseback. Nor is it on any map in existence. In fact – you won’t find it at all.
Unless you’re dead. For this is Uncle Billy’s Chicken Hut & Salvation Emporium. Welcome. You say your spirit can’t move on until you find that 1995 issue of Jugs Galore with Miss February – before your wife does? Come on in! Never got a chance to see the dream realized of eating oysters on the half-shell? You’ve come to the right place! Not quite sure you’re actually in the dead mode? Uncle Billy will steer you on the right path! You know you’re dead, but you’re not quite sure how it happened, or where to go? Uncle Billy will set you straight!

“Another satisfied customer?” Charlene asked, when Billy returned.
“Damn straight, darlin’. And a good feeling, too.”
Just then, one of Uncle Billy’s waitresses, Kate, let out a scream from the kitchen. Billy, Mona, and Charlene ran in to see the source of the commotion. And on the floor was a man, a big man, covered in raw egg. Kate was just standing there, with a look of astonishment.
“Who the hell is this?” Billy asked, pointing.
“You got me, Billy. I was going to cook an egg. I cracked it open into the pan, and BOOM – – He come out instead! Then he just blew up into full size right there on the floor, like an inflated balloon!” 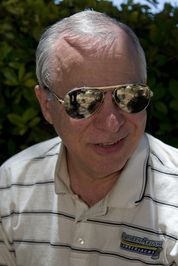 I was born in New York City during Millard Fillmore’s administration. At least, I feel like that sometimes.
My Dad was a decorated ace in the Royal Air Force during the Battle of Britain, having received the Distinguished Flying Cross. I think that’s where I got my love of aviation from. My Mom was a saint. Period.
I soloed on Halloween, 1968, from the old Burnside-Ott Aviation Training Center at Opa-Locka Airport in Florida, graduating from North Miami Senior High that same year. I remember it was a beautiful little Cessna 150. I graduated from Northern Arizona University, in Flagstaff, in 1974, having received a Bachelor’s degree in writing and a Master’s in history. Flagstaff is the home of Lowell Observatory, where Percival Lowell did so much to further our understanding of Mars at the turn of the last century, and where Clyde Tombaugh discovered Pluto in 1930. It’s also the home of the U.S. Geological Survey, who were the 1st to process the pictures of Mars, sent from the old Mariner missions in the 60’s. N.A.U. astronomers were also the first to discover caves on Mars, due to the darker light at their entrances, when compared to the surrounding area.
I did awful in High School because I hated it. I did great in college because I loved it. No brainer. Now I know why Northern Arizona is called God’s country. Visit it sometime! I’ve climbed down to the bottom of the magnificent Grand Canyon (and yes, out again – obviously) and still feel the aches & pains some 40 years later. I’ve lived in Florida, New York, California, Ontario, Canada, and now Arizona again. And we come full circle.
I started writing seriously around 1978. Prior to that I suppose I wasn’t serious – shopping lists, addressing letters, hastily scribbled recipes, threatening notes to other car owners to get out of my parking space – things like that. Since then, I’ve written THE HEALER ,CHERRIES IN WINTER, IN THE SHADOW OF THE HOUSE OF GOD,UNCLE BILLY’S CHICKEN HUT & SALVATION EMPORIUM, plus 4 other novels of science fiction, fantasy, and horror, comedy and numerous short stories.
I’ve always been attracted to the weird & unexplained. I’m a great believer in UFO’s, and detest the conspiracy of silence concerning them. I believe the future of space commercialization lies in private enterprise. As such, I also believe that Mars should be our top priority. And what will we find when we get there? Remnants of an ancient civilization. And – of course – the infamous Face on Mars. Don’t believe me? Wait. As Fox Mulder said, “The truth is out there.”
Just remember, friends – at best, life is a joke. At worst, none of this is real; it’s all done with smoke & mirrors. Actually, life is a question of mind over matter; if you don’t mind – it doesn’t matter.

Can you tell us a two-sentence horror story?
The thing in the pit could wait no longer. Thus, in 2020 it oozed out; and soon people all over town began turning – inside out!
What mystery in your own life could be a plot for a book?
The mystery to me is that people have always wondered if there’s life after death. But for me, I’m still trying to figure out if there’s life after birth!
Who is your favorite fictional couple, and why?
Ichabod Crane and Miss Jenny, from the TV show Sleepy Hollow. Though not actually a “couple”, I love the interaction between a man from 1776, and a woman from 2017. His constant fascination with the technology of the 21st century in the 1st season always intrigues me. I think that is why I not only am fascinated by time travel stories – I write them!
Where did you get the idea for your most recent book?
The inspiration for THE HEALER resulted from 2 fascinations I have: Mars, and time travel paradoxes. I have always been enthralled by “The Face on Mars”, and I believe the government is withholding the truth concerning its existence. And I’ve always been intrigued by the “fish out of water” scenario – what would an individual do to survive if he were stranded in a time far removed from his own? I put these two together, and weaved a strange and original tale from them; about a doctor in 2181, on sabbatical to Mars, who finds himself stranded in 2013 Anchorage, Alaska. How will he survive? Thus, THE HEALER was born.
How do you get inspired to write?
I haven’t the slightest idea! The well source for inspiration and creativity is unfathomable.
What are you currently working on?
A fantasy entitled “In The Shadow Of The House Of God”.
What’s your advice for aspiring writers?
Persistence and a thick hide. Read every book you can on the art of writing – then throw them away, and develop your OWN voice!
What’s the best thing about being a writer?
Creating worlds that never existed, but might; and people that never existed – but could!
How do you deal with writer’s block?
I don’t. When the muse hits me, it hits. I cannot force it.