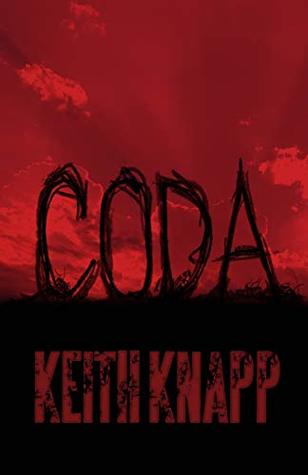 THERE ARE NIGHTMARES HERE

After a devastating earthquake hits Los Angeles, a group of survivors find themselves whisked away to a place known only as The Town. It is there that they will face their inner-most demons and relics of the past as they try to find a way out and back to reality.

But an evil presence awaits them there. It knows their fears, their sins and their lies and will do anything to keep them right where they are.

Even if it killed him, Mike Randal swore that one day he would nail the part on the piano. Today wouldn’t be that day. His fingers fumbled and hit more wrong notes than right ones.

“Dammit,” he said and stopped playing.

“Don’t stress over it,” Alison, his wife of five years, told him. She hat next to him on the bench in front of their Steinway and Sons grand piano, acting as teacher to his student. “The beginning’s always the hardest part.”

“I always figured a boogie-woogie solo would be the hardest part.”

“I do,” she said with a smile.
Now, fingers at the ready and let’s try again.” 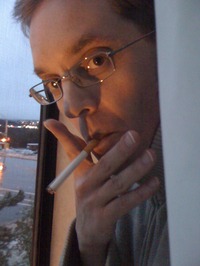 Keith Knapp is the bestselling author of the novels “Coda,” “Moonlight” and numerous short stories including “Battalion” and “The Cat on Alpine Road.” Between the day he discovered writing and now, he has played the drums in more bands than he can remember, went to film school in Chicago and has taken up residence in Hawai’i, Missouri, California and Illinois. He loves cats, and if there isn’t always one around he starts to go a little crazy.

What’s the best thing about being a writer?

Ultimate freedom. There’s that old saying that actors get paid to lie and to pretend they’re someone else. A writer not only gets to lie about everything, but they get to pretend they’re anyone they could possibly imagine. This isn’t to say lying is a good thing—in this digital age one really has to be careful how they word things—but the freedom to do whatever you want in any world you want. And if you don’t like the way things are going, up on the right is the good old delete key to get your ass out of trouble.

But lying is usually present only at the beginning, as eventually the characters take over and you become more of a conduit for the story than anything. It’s like meditation; they brain turns off and all these wonderful (or horrific) people in your head take over.

How do you get inspired to write?

I let the inspiration come to me. You can’t force it. Luckily, there’s inspiration to be found anywhere and everywhere. From the obvious reading of novels to watching a movie to listening to a song. Sometimes a lyric in a song will inspire the idea for an entire story; at the very least, a good rockin’ jam will get the adrenaline going.

How do you deal with writer’s block?

The easiest and most ineffective method I’ve come across is to simply not write. This is the worst way to handle writer’s block. I’ll tend to do the dishes, maybe some cleaning, then see what’s on Netflix. I’m a master at Putting Things Off.

But in order to properly deal with the blocking of something I love so much, I always turn back to what prompted that love in the first place: reading. I may not get any solid ideas, but at some point inspiration and the need to be at the keys will surface.

Follow this link to The Tired Buyer on Good Reads for the review of CODA by Keith Knapp.